And now for something completely different.

For the last year, I have taken a picture of the torii at the Brooklyn Botanic Garden approximately every week. It turns out that my project more or less coincides with the centennial of BBG’s Japanese garden.

Below are a quartet of highlights, including the couple of times a bird graced me with its presence. 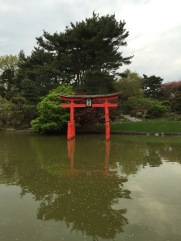 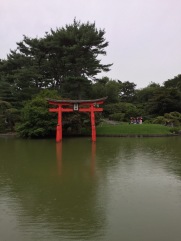 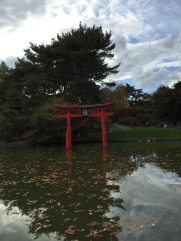 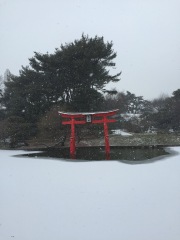 So my #1 transit advocacy goal basically boils down to convincing hipsters to ride the bus. (This goal only seems more timely with the recent debate about Mayor De Blasio’s proposed streetcar.) City buses are underrated, and until that changes, we’ll never have the bus service we need and deserve. I say “hipsters” as a shorthand for urban-minded young people, especially transplants; even many of the self-professed transit enthusiasts I know take a weird sort of pride in not knowing where most bus routes go, or in never taking the bus at all.

Now that I’ve been recovering from knee issues for a couple of months, I feel the need for reliable bus service even more viscerally. Sometimes the bus is the deciding factor in whether I can get to work or not, unless I want to spend ~$35 to travel a couple miles via Uber during surge pricing. On the bus I’ve been taking, the M103–which comes only about every 20 minutes during rush hour even though it allegedly has 10-minute headways–most of my ride companions are the elderly and schoolchildren. This is also true of the buses I ride more frequently in times of better knee health; hop on the B49 down to Manhattan Beach and it’s full of older people chatting to one another; catch the B103 at Beverley in the morning and get a seat only because of the vast number of students exiting at that stop.

It’s exactly these travelers, who may not be able to take the subway, or drive, or pay for a taxi or car service, who rely on the bus the most.* And it may be difficult for them to stand and wait for it for half an hour, or to dig their way over to the curb through snowbanks, as Gothamist‘s Nathan Tempey has recently detailed so devastatingly. Of more mundane but no less damaging consequence, at least in my mind, are the taxi and other drivers who stand or park in the bus stop, making it difficult for bus drivers to see the people waiting. I recently told my father I’d prefer if these drivers hung out in front of fire hydrants; there, their risk of inconveniencing and harming people is, in my mind, comparatively slight.

Of course, buses are not without issues. Even those who do ride them often like to hate on them, with frequent causes for frustration like bus bunching. Still, much like I implore you to blame the governor, not the MTA, for fare hikes and poor subway service, I would implore you to level your accusations that way, and at the legislature and others who can improve traffic conditions, not at the buses themselves. And, while you’re at it, check out a bus map and see if one of our city’s routes can take you where you need to go.

*In fact, the ability to pay is key here: in my current state, I’m focusing on the lack of adequate bus service as a mobility issue, but of course it also signals a class (and race) divide in how easily we can get around our city. Check out Enrique Peñalosa’s TED talk, where he nails this point far more eloquently than I can, arguing that “an advanced city is not one where even the poor use cars, but rather one where even the rich use public transport.” Amen. 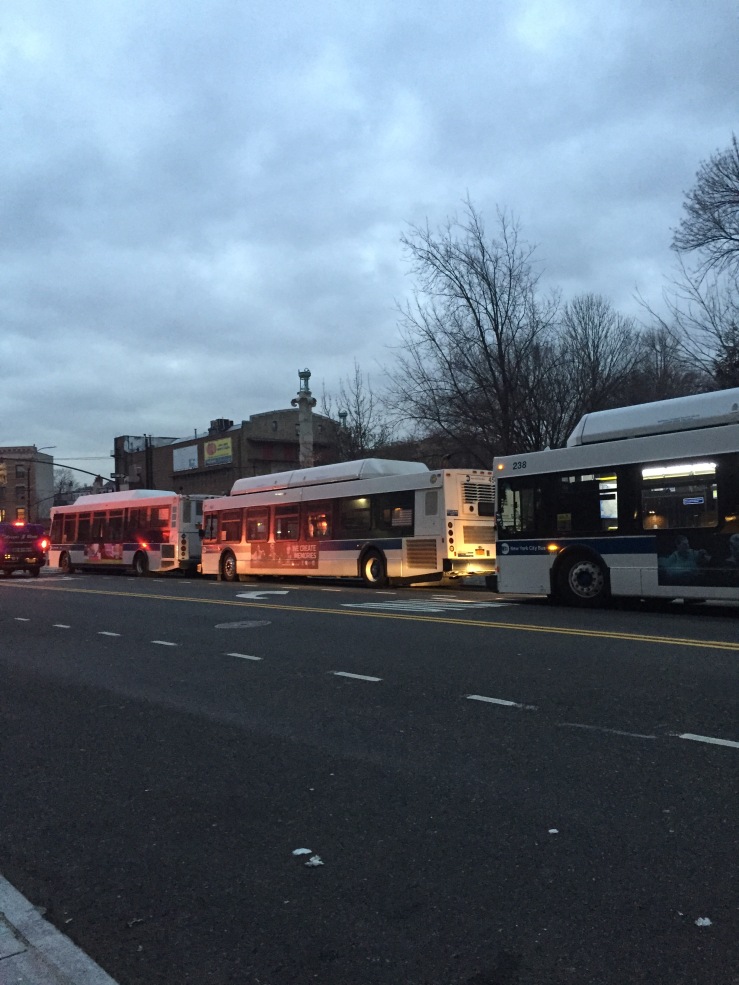 An unfortunately-not-too-rare sighting of what Magnus Mills calls the “Three Bears syndrome” in The Maintenance of Headway, his entertaining take on the life of a bus driver.